Dividends and Other Distributions of a Company 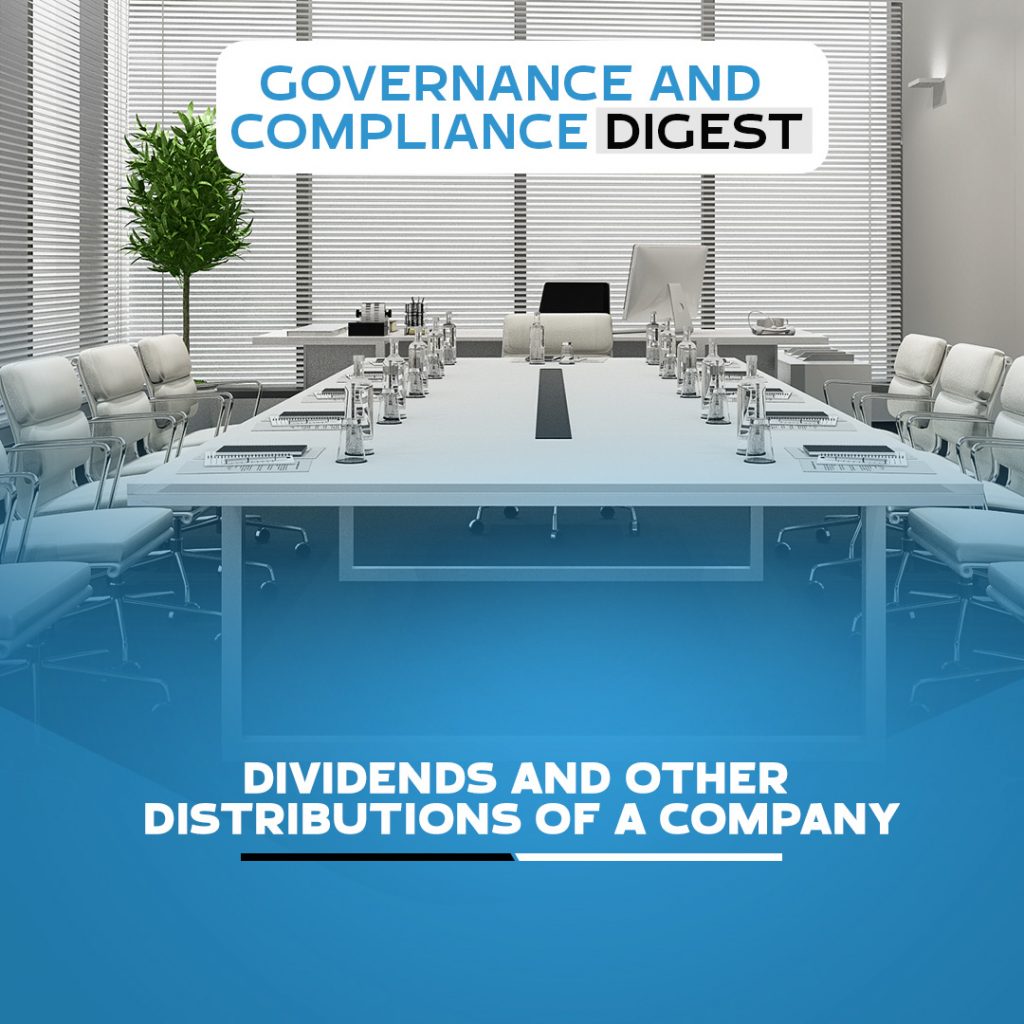 Generally, dividends are the most typical form of cash payment made by Companies, typically large businesses whose shares trade on the Capital Market. Purchasing a share of a Company makes one a partial owner of such Company, and in such circumstance, a holder of a unit of share of a Company can earn payment(s) from the Company’s profits, known as a dividend.

Put differently, dividend is the payment received by a shareholder from a company after distribution of profits. Thus, under Section 9(3) of the Companies Income Tax Act (as amended) (CITA) “dividend” means in relation to a company not in the process of being wound up or liquidated, any profits distributed, whether such profits are of a capital nature or not including any amount equal to the nominal value of bonus shares, debentures or securities awarded to the shareholders.” On the other hand, the Companies and Allied Matters Act (CAMA) defines “dividend” as a proportion of the distributed profits of the company which may be a fixed annual percentage, as in the case of preference shares, or it may be variable according to the prosperity or other circumstances of the company, as in the case of equity shares.

RIGHT TO RECOMMEND THE DIVIDEND

RIGHT TO DECLARE A DIVIDEND

PAYMENT OF DIVIDENDS AND OTHER DISTRIBUTIONS

Where a dividend or other sum which is a distribution is payable in respect of a share, it must be paid by one or more of the following means—

a. transfer to a bank specified by the distribution recipient either in writing or as the directors may otherwise decide;

c. sending a cheque made payable to such person by post to such person at such address as the distribution recipient has specified either in writing or as the directors may otherwise decide; or

All dividends or other sums which are payable in respect of shares, and unclaimed after having been declared or become payable, may be invested or otherwise made use of by the directors for the benefit of the company in accordance with the provisions of section 429 of CAMA.

The company shall publish the list of unclaimed dividend in two national newspapers and attach the list as published to the notice of the next annual general meeting to the members. Dividends that are unclaimed after 12 years could be included in the profits that should be distributed to the other shareholders of the company.

Subject to the terms of issue of the share in question, the company may, by ordinary resolution on the recommendation of the directors, decide to pay all or part of a dividend or other distribution payable in respect of a share by transferring non-cash assets of equivalent value (including, without limitation, shares or other securities in any company).

Distribution recipients may waive their entitlement to a dividend or other distribution payable in respect of a share by giving the company notice in writing to that effect, but if the share has more than one holder, or more than one person is entitled to the share, whether by reason of the death or bankruptcy of one or more joint holders, or otherwise, the notice is not effective unless it is expressed to be given, and signed, by all the holders or persons otherwise entitled to the share.

It is important that dividend being the primary return that Shareholders expect on their investment in a Company’s business is paid by a Company in accordance with its Articles of Association and in utmost good faith, allowing the Company to share its profits with Shareholders, which helps to thank Shareholders for their support via higher returns and to incentivize Shareholders to continue holding the stocks. Safe to state that consistent dividends are often viewed by investors as a sign of a Company’s strength and that the Company’s management has positive expectations around future earnings growth, making the Company more attractive to investors, which helps to drive the stock price higher.

For further discussion and assistance with filing any of your organization’s compliance returns to the Corporate Affairs Commission, as well as providing you with Board Evaluation and Nominee services, please contact us at contact@firstfiduciary.ng